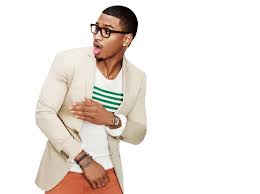 With lots of bravado and vibrato “MrStealYourGirl” is back. TRIGGA includes 17 tracks and over an hour of music. Trey Songz breaks the recent trend of shorter albums.

Trey shows all the maturity of a young man with few responsibilities. Rarely will you find him in the middle of introspection. What he has essentially given us is the blueprint for the kind of drama and fighting that you will regularly see in “unscripted” TV these days.  He constantly reminds you of what he will do to you and what he will take from you. Like the typical R&B artist his emotions range from thirsty, upset ,  and horny. If you were to emulate what Trey sings about then you can guarantee that women will be loosing their minds all over your head with whatever object happens to not be secured. Don’t say nobody warned you.

What we are left with is a solid album of a man who is forthright about his selfishness.  He gives into his desires. We only get a little emotion when he is caught by a butt dial.  The Tremaine bonus cuts, for the most part, give us a glimpse of his empathy.  Its a softer side that we don’t get in the album. Let’s be clear, Trigga is not pushing the boundaries of music here. Trey may not be the type to be concerned about relationships but he knows if it ain’t broke don’t fix it.

What do you think about TRIGGA? Did I get it all wrong? Comment below or Tweet me at @SongandCrest