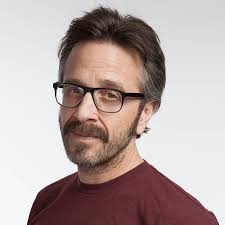 Everybody and their mama are likely linking to Marc Maron’s interview. Barrack is a polarizing figure not just because of his status as the POTUS because of how he relates to people.

Right off the bat he goes into the struggle with identity that many mixed race adolescents go through. He grew up with the white side of the family in the same way that I was raised with my Tlingit [Native American/Alaska Native] side of the family. Those thoughts when people see you as one thing but you can identify as another.

It’s a candid conversation. About as relaxed as you will hear any POTUS speak with another publicly.