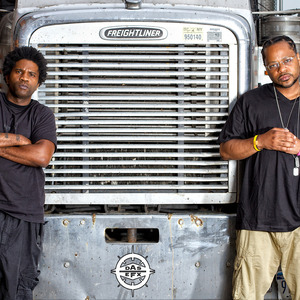 When you look back over the lyrics or hear some of their early work its hard to believe that Dray and Skoob’s style was so coveted at the time. We are over 2 years from the realease of  Dead Serious.

From the jump you could tell they had a gift. Their flow would speed up and slow down. Initially they referenced many things we could all relate to like Pinochio’s nose and mixed it with their trademark iggedy-flow.

What no one saw coming was the massive jocking of their style. It became so pervasive and then it became played out. They became a victim of their own popularity. More recently there is a group that is dealing with this issue Migos. After Migos dropped Versace everybody wanted a taste of their flow.

When every body gets on your style you have two choices

When I look back over those lyrics and hear some of their older work. One thing is for certain.Das EFX can probably Tour forever off those first couple of albums of material.