Luke Cage is coming. Marvel has already let us know that Daredevil, Jessica Jones, Iron Fist, Luke Cage, and then the finale of the Defenders will be brought straight to Netflix series’. An Estimated $200 million will be spent in the New York area producing these series.

Terry Crews has been in the media recently promoting a different movie and suggesting that he would be all too happy to play Mr. “Sweet Christmas”. For some odd reason he hasn’t been contacted about the casting yet. Which leads me to two conclusions:

Who could be Luke Cage?

They are charismatic and a box office draw. Idris already has a few Marvel Roles underneath his belt in Ghostrider, Thor, and Thor 2. The Rock is larger than life already with his presence on screen and wouldn’t have to bulk up for the role. Here’s the BUT, he has an un-announced plan with DC. I just can’t see him dipping on both sides of the comic book universe fence. Few actors are able to pull this off.

Michael Jai White is another that will get some interest based on the fact that he is fit, martial arts trained, and has starred in a comic book movie before. He was the main character in a move Spawn many years ago, appeared in the Dark Knight movie , and even Black Dynamite may give him a little cred too.

Chad Coleman is currently on The Walking Dead and has expressed his interest in the role  . He makes a good choice. His current role as Tyrese will definintely be a draw. He’s also a relatively new face. He seems to be fit enough for the role. 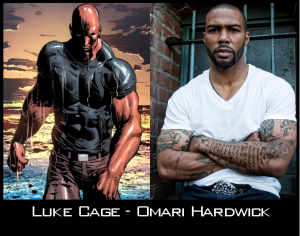 Omari is not a big name. Question marks include can he handle this role and will the ink scare off Marvel. 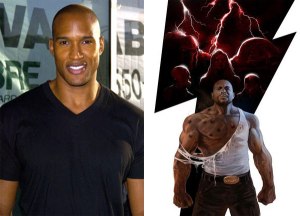 Henry Simmons physique would put him as a front runner. He also has a commanding voice. 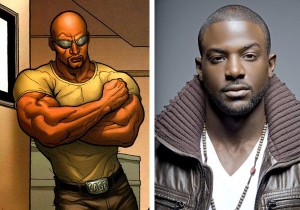 Lance Gross. Not a huge name here either. 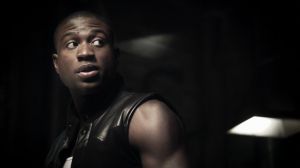 This youngblood may just have a chance if they decide to skeew young. Sinqua Walls just finished a role as a werewolf in the MTV Teen Wolf series.  Youth is his big advantage over the rest of the actors represented here.

It will never happen now, but at one point Quentin Tarantino wanted to make a Luke Cage film.  It makes sense now seeing what Quentin has done with his movies. This could have been amazing. Laurence is just not the right fit now.